Thornhill Houses was erected in 1902 by the East London Dwellings Company, initially to "house the very poor whilst realising some profit".  Many such buildings were developed during the Victorian era, in a movement described as "five percent philanthropy" due to the return expected to be made on the investment.  There are 87 homes in Thornhill Houses, ranging from one to three bedroom flats.

Much more detail can be found on this site, including census information from 1911.

There is further information on the Barnsbury area on this site.

The Barnsbury Beech once grew on the Southern side of Thornhill Houses.  Chosen in 1997 as one of the first eleven Great Trees of London (due to its exceptional character and location), it was believed to be over 150 years old.

Sadly, in the autumn of 2005, it was found to be infected with fungus and was removed due to safety concerns.  Its influence can be seen in the names of nearby Beech Tree Lane and Beech House, and a section of the tree has been preserved and kept in our Community Room.

In the spring of 2006 a new tree was planted on the same site. 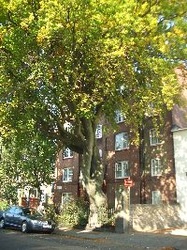 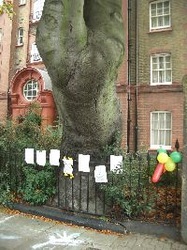 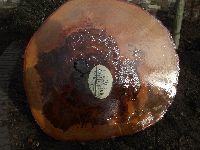 A slice of the beech 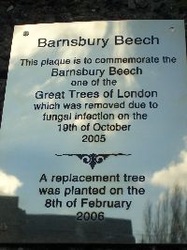 Can you add to this page?

Email us if you know of any interesting stories about Thornhill House or the local area.
View My Stats